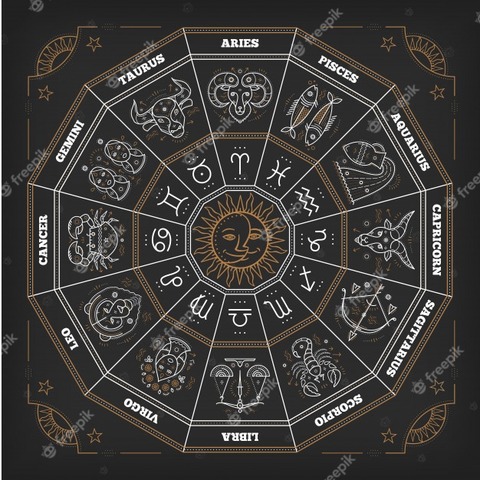 Astrology’s role in social life of people are in very many facets.

There could be material prosperity or adversity which would affect people’s life.

This Yoga is formed by the five tara planets which are the five luminaries namely Mars, Jupiter, Mercury, Venus and Saturn. Each planet placement has its own name and kind of benefic effects. There are two conditions

Happens when Jupiter occupies a Kendra which is his own house or exaltation. Jupiter is the most benevolent planet and placed as above gives benefic effects. The native with Hamsa Yoga has auspicious marks like Lotus, Ankusa, Conch in his legs.  One with a pure mind, liked by all and happy disposition with handsome body.

Rishi Varahamihira has talked in high words about these Panchamahapurusha yogas in his work Brihat Sambita. This Yoga is possible in all chara rashis Aries, Cancer, Libra and Capricorn. The Kendradipati dosha will lose its significance in case of Hamsa Yoga.

Venus is responsible for marital happiness, wealthy life, artistic talents, luxury, etc. When Venus is poised in a Kendra which is his own sign or exaltation then Malavya Yoga takes shape. The results are that the native will be rich, famous, happily married with children, good conveyance, fine art proficiency and with all material comforts. When compared to Hamsa Yoga, the Malavya Yoga gives material benefits.

For the following Lagnas, the Malavya Yoga will manifest as under :

When Saturn occupies Kendra, in his own sign or exaltation, then Sasa Yoga is formed. There are controversial views on the kind of benefic results. This Yoga will give good servants and make the native head of village or even a King. He will generally be happy and can be wicked depending on other planetary combinations.

In Sasa Yoga, common signs are exempted. In other words, a native in movable or fixed signs, by certain placement of Saturn may enjoy Sasa Yoga. Though the native may become famous, he can be wicked and perverse. If the Moon is well placed without any difficulties, then Sasa Yoga may make the native move straight forward and will not covert others wealth. When the moon is afflicted then Saturn’s evil nature will come to the fore front.

The native born in this Yoga is courageous, full of valour and authoritative. He will vanquish his enemies and can also be arrogant. The native will have an attractive body, charitable disposition, wealthy and long lived.

The Pancha Mahapurusha Yoga will manifest only if planets concerned are strong and with full of vitality.

Bhadra Yoga is caused by the placement of Mercury in

The native will be long lived, intelligent, intuitive, praised by all, rich and eloquent in his speech. Mercury should not be afflicted and if there are any such combinations, then the Yoga may not manifest effectively.

These five Yogas can be counted from Lagna as well as Moon and will be found manifesting from both the places. The person with more of planets in this Yoga will be a King or equivalent to a King. If all the five planets are involved in this Yoga, then the person would be an Emperor.

All diseases would be destroyed, I am telling the truth, the truth.