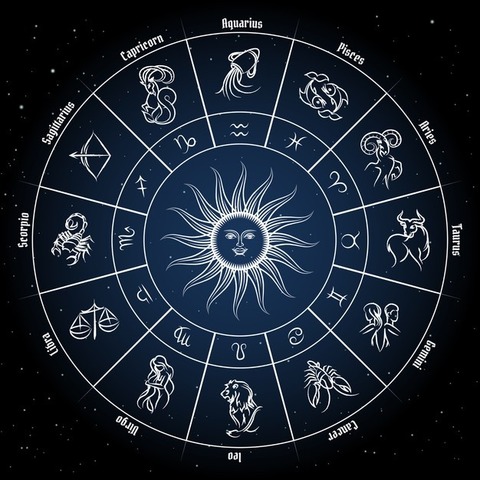 Astrological predictions are generally based on planets and lagna as in the birth chart. If the planets are placed in own house, Mootatrikona, exaltation and in a friend’s house, will give benefic results. If the planets are debilitated or in an inimical sign, normally give evil effects. Likewise, the strengths of the various houses are also assessed by different means.

A graha gains strength or Bala by various means being placed in a particular Sthana, Rasi, Bhava, Varga, Time, Waxing (or) waning phase of Moon, in planetary war etc. When we quantify all these in mathematical terms, we arrive at Shad Bala (or) the six fold strength of planets, Although, one can understand the strength of a planet by looking at Rasi and other varga charts, sometimes it may be difficult to ascertain. We may come across an exalted planet not doing well whereas a debilitated planet doing well. The answer lies in arriving at the Shad Bala of planets before predictions.

To read Dasa Bhukthi also one must have an idea about the Shad Bala of planets. Benefics well placed in the Rasi and Navamsa charts having the required number of strength is likely to play a beneficial role. The reverse would happen if the required strength of Shad Bala is not there. Malefics – if they are functional benefics having adequate Shad Bala, will do well for the native. If a malefic is a owner of a dushthana with more Shad Bala, may cause evil, eg. Mars and Saturn.

The Parashari sytem recognises six kinds of strength of planets. They are

The calculation involves tedious mathematical exercise. Nowadays, we do have astrological software which do act as a ready reckoner. Those with Jagannatha Hora may be familiar with Shad Bala quotient of different planets. But it is important to understand how the calculations are made which will enhance one’s predictive abilities and skills.

1. Sthona Bala (or) Positional strength : Placement of planets in rashi and vargas are classified under this. These are again divided into five divisions

2. Dig Bala : Based on the principles governing Grahas and the Kendras, the strength of the planet placements are ascertained.

4. Chesta Bala or motional strength : The strength is ascertained based on the speed of planet whether it is slow (or) fast, forward (or) retrograde.

5. Naisargika Bala : The strength is measured as inherent (or) natural strength of planet

6. Drig Bala : The strength is based on the various aspects of the different planets. The benefics are a source of strength while the malefic, a source of weakness.

c) Planet and Vargas : Planets occupying more than one varga gains in strength. This will enable us to calculate the Saptavargaja Bala

d) Planets and horas : Lord of the hora plays an important role in giving vitality to the planet. The Lord of a hora which forms the cusp of the hora should give vitality.

e) Ojayugmarasyamsa Bala : This is the strength acquired by a planet occupying an odd and even Rasi and Navamsa. The Moon and Venus gets strength in even signs and Sun, Mars, Jupiter, Mercury and Saturn are strong in odd signs.

f) Kendra Bala : A planet in Kendra (or) quadrant gets full points, then the Panapara houses and Apoklima gets the least.

g) Drekkona Bala : Planets are divided into masculine, feminine and hermaphrodite ones. Those classified and placed in various parts of Drekkonas gain strength.

h) Kala Bala : The strength of the planet under this depends on time, day, night, year, month and hour in which a planet becomes stronger. We have already seen that it is again divided into five sub divisions.

(i) Some grahas are strong during day time and some during night time. Budha is strong throughout the day. Sun, Jupiter and Venus is stronger in noon time. On the other hand, Moon, Mars and Saturn are stronger during the midnight time.

(ii) Benefics get full Virupa (or) points during full moon

(iii) The different segments of time are governed by various planets. It starts with the Lord of the year, then month, day and hour

(v) If two planets are in the same degree, then they are supposed to be in planetary war. The one in North is victorious. Planets conjoining with Sun are supposed to combust within particular degrees.

(vi) Chesta Bala : The strength depends on how much effort a planet is putting at that point of time. The effort is less when planets are moving steadily and tough when in retrograde that is moving against the current.

(vii) Drig Bala (or) Aspect strength : The aspect of natural benefic adds to the strength while that of a natural malefic reduces. The strength of the aspect depends on the longitudinal difference between the aspecting planet and aspected planet.

Results arising out of different limits of calculation will be different. One needs to take appropriate view to use Shadbala in predictions. Benefic planets having the required number of Shad Bala will do good. Even if it is a functional benefic, it will stand benefitted. Malefics gaining strength may not be always welcome. They may make a native evil, cruel or give malefic effects. Since Shad Bala ready reckoners are available, readers may make full use of it in fostering predictions.

I bow down to Lord Dhanvantri, the Lord with four hands carrying a conch, discus and a pot of immortal nectar. In his heart shines a pleasing and brilliant blaze of light. The light is also seen shining around his head and beautiful lotus eyes. His divine play destroys all diseases like a blazing forest fire.